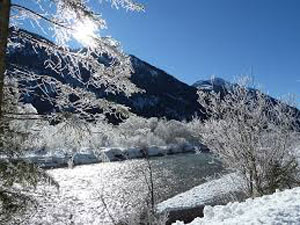 With 31 days, the year ends with the final, twelfth month of December according to the Gregorian and Julian calendars. Officially winter begins in late December 20th - 23rd, starting a two month progress of harsher, descending climates. While warmth thrives among the Southern Hemisphere as they enjoy summer temperatures and the cherished holiday season is celebrated. During common years (non-leap years) December starts the same day of the week as April and July of the previous year. December always starts the same day of the week every year as September including leap years.

December’s name derives from the latin word decem which means "ten". Previously December was the tenth month on the Roman calendar – which was changed (153 BC) when January and February were added to their system of monthly timekeeping.