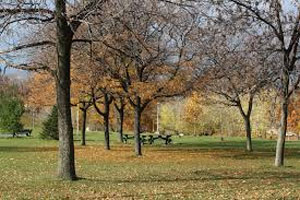 The eleventh month of November according to the Gregorian and Julian calendars has 30 days. In the Northern Hemisphere winters cold is coming and the leaves have all but left the branches. Its time to winterize the home and vehicle in the more northern regions and the spirit of Thanksgiving ushers in holiday fare. In the Southern Hemisphere spring is in full gear with plants flowering and the warmer weather beginning to set in. During common (non-leap years) years November starts the same day of the week as February and March for every year including leap years.

November comes from the latin word novem meaning "nine". Originally, the month of November occurred as the ninth month on the Roman calendar, although the addition of two months January and February in 153 BC, thereafter accounted for the two month shift later in sequence making it the 11 month today.