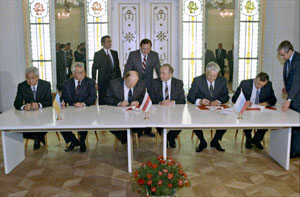 Independence day for Belarus is always on July 3rd each year and celebrates their independence from the former Soviet Union.

Belarus independence came on December 26, 1991 when the Soviet Union collapsed but later the actual day for the holiday was decided to be on July 3rd the day Belarus was liberated from the Nazi's

Provides calendars for the calendar year for Belarus.

Provides the dates for holidays for the calendar year for Belarus.