The Battle of Pichincha - Ecuador 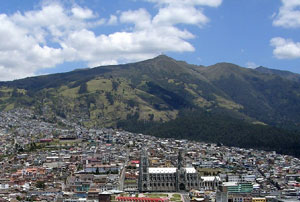 The Battle of Pichincha in Ecuador Day always falls on May 24th each year and celebrates the patriot army's victory over the Spanish army setting in place the independence of Ecuador.

People celebrated by attending parades and other patriotic events. This day is a national holiday with most government and business offices closed.

May 24, 1822 was the date of the Battle of Pichincha which was fought on the slopes of the Pichincha volcano next to the city of Quito. The Patriot army (Ecuador) was lead by General Antonio Jose de Sucre against the Royalist army (Spanish) lead by Field Marshal Melchor Aymerich. The Royalist army lost the battle and lead to the liberation of Quito and eventually all of Ecuador from Spanish rule.

Date of The Battle of Pichincha

Provides calendars for the calendar year for Ecuador.

Provides the dates for holidays for the calendar year for Ecuador.