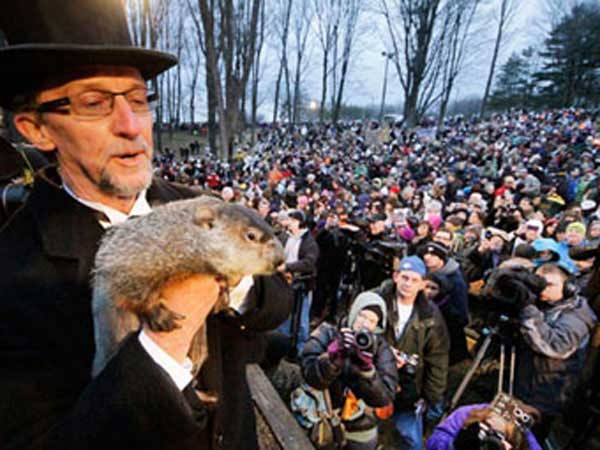 Groundhog Day for the year 2010 is celebrated/ observed on Tuesday, February 2nd.

Groundhog Day is observed February 2 every year. In the United States Punxsutawney Phil (Groundhog) from Punxsutawney, Pennsylvania will rise from his burrow and check for his shadow where he predicts if there will be six more weeks of Winter.