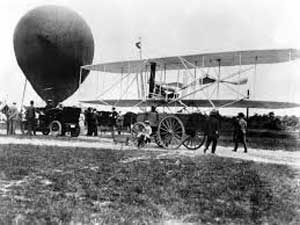 The next upcoming National Aviation Day is on Saturday August 19th, 2023.

People go to air shows, museums and other aviation events to take in the history and past of the aviation industry. In some schools and classrooms kids are taught about Orville and Wilbur Wright and their first successful controlled flight on December 17, 1903 of an airplane for 12 seconds in the air. They called it their flying machine which later became the first controlled fixed wing aircraft. National Aviation Day is not a federal national holiday but rather an observance to celebrate the history of aviation.