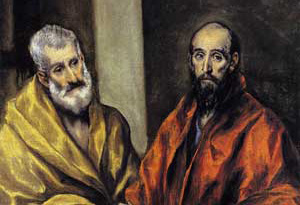 Saint Peter and Saint Paul Day in Peru falls on June 29th but may be a few days before or after depending on if the holiday falls on a weekend. This day commemorates the martyrdom of both Saint Peter and Paul.