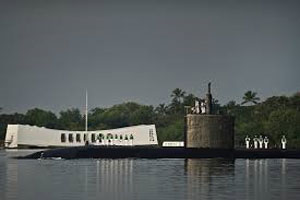 The next upcoming Pearl Harbor Remembrance Day is on Wednesday December 7th, 2022.

The USS Arizona Memorial in Pearl Harbor is available and open for people to go and take part in memorial services and learn more about that day and the attack on Pearl Harbor.

Speaking about the Pearl Harbor attacks that occurred on December 7th, 1941, President Franklin Roosevelt said stated it was - "a date which will live in infamy". On the morning of December 7th 1941 the Japanese launched a secret attack on United States Naval Base at Pearl Harbor, Hawaii killing thousands of US service men and sinking several battle ships and other support ships. The number of United States Service men killed and injured was in the thousands. Japan was hoping to cripple our Navy with a preemptive attack but was unsuccessful as our aircraft carriers were out at sea at the time of the attack. This unprovoked attack was the turning point that brought the United States to join and fight for the Allied against the Axis powers.