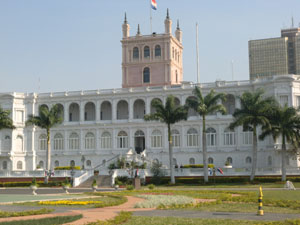 The Founding of the Asuncion in Paraguay Day is always on August 15th each year and commemorates the founding of the capital, which is Nuestra Senora Santa Maria de la Asuncion back in 1537.

People in Paraguay celebrate this day by attending parades, outdoor concerts and musical events, dances and festivities related to the holiday. This day is a national holiday with most government and business offices closed.

On August 15, 1573 Juan de Salazar y Espinosa a Spanish explorer founded the city of Nuestra Senora Santa Maria de la Asuncion and named it this because on August 15th each year the Catholic Church celebrates The Assumption of the Virgin Mary on this day.

Date of Founding of Asuncion