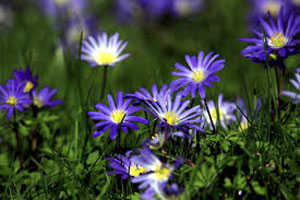 With 30 days, April according to the Gregorian and Julian calendars, is the fourth month of the year with 30 days. Characteristic of the month is April’s fool day, that occurs on the first day of the month and is dedicated to playful pranks and the Easter holiday reminding us spring is upon us. The Northern Hemisphere has the weather continuing to warm, spring coming into its early growth and perhaps the last of the snow and ice melting, though accompanied too, with showers and a wetness, depending on geography. The Southern Hemisphere has the days getting cooler as they move closer to their winter. During the common years (non-leap year) April starts the same day of the week of the month as July but for the leap years it has the same start as January.

However its origins are not so clear, It's name may have evolved from ‘aperire’ a latin term meaning to open, or from the Greek god ‘Aphrodite’. In the Roman calendar, April was the second month of the year prior to the addition of February and January.