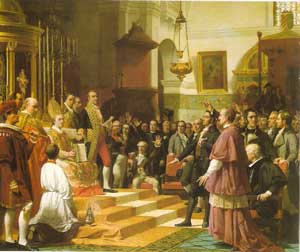 In the days leading to the actual holiday students will be taught about Spain's history as a monarchy into democracy. Then on the actual date there is a cocktail party in the parliament building and many just hang out to enjoy the day off.

Provides calendars for the calendar year for Spain.

Provides the dates for holidays for the calendar year for Spain.