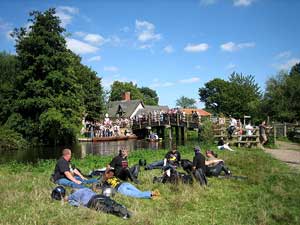 August Bank holiday is celebrated on the last Monday of August for England, Wales and Northern Ireland. Scotland celebrates the day on the first Monday of August. For many this holiday marks the end of the summer holiday season and a time to go back to work or school.

Many celebrate the holiday by getting in their last summer vacation traveling before heading back to work or school in the Fall. Most stores are closed however some may stay open and many people have the day off of work.

The Bank Holidays Act was passed back in 1871 to allow bankers to play cricket and thus the August Bank Holiday became official. Over time the holiday became widespread amoung the people providing a three day weekend at the end of the summer season.

Provides calendars for the calendar year for United Kingdom.

Provides the dates for holidays for the calendar year for United Kingdom.