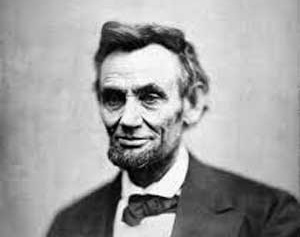 The next upcoming Lincoln's Birthday is on Sunday February 12th, 2023.

People celebrate by reflecting back on Lincoln as a President and may go to celebrations/events that center around the man and his contributions. Lincoln's birthday is a public holiday in California, Illinois, Connecticut, Indiana, Missouri, New Jersey, New Mexico, New York, and West Virginia. Other states may have government offices and schools closed.

President Lincoln was the 16th President of the United States from March 4, 1861 to April 15, 1865. He was born in Hodgenville, Kentucky February 12, 1809 on the western frontier. He was self educated and eventually became a lawyer. He was elected to the Illinois House of Representatives in 1834 and later moved on the United States House of Representatives in 1846. Elected president in 1860 as a member of the Republican party, the Civil War was just about to start. He presided as president throughout the civil and was responsible for the Emancipation Proclamation (free slaves) signed by him on January 1, 1863 and keeping the North and South together as the Civil War ended. Lincoln's life was ended six days after the Confederate surrender by John Wilkes Booth on April 15th 1865.