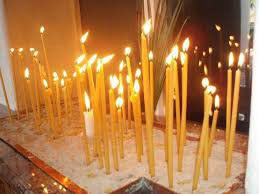 The next upcoming Orthodox New Year is on Saturday January 14th, 2023. It is not a federal holiday in the United States so public, government and business offices will be open unless on a weekend. In the United States, Orthodox Churches will have services on this day.

Celebration includes special liturgies at the Orthodox churches, buffets, dinner dances, and other traditions brought over from other parts of the world especially eastern Europe and Russia.