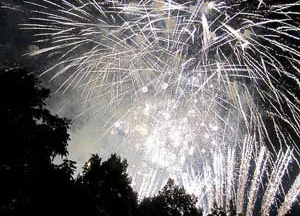 Independence day in Bulgaria is always on September 22 each year and celebrates their independence from the Ottoman Empire back in 1908.

People celebrate this day by attending parades, dances, carnivals, outside get together's, and military displays with much patriotism and pride about their countries independence. This independence day holiday is a national holiday with most business and government offices closed.

Bulgaria was part of the Ottoman Empire for over 400 years and during the late nineteenth century they along with many other parts of the empire had nationalism on their minds. The Ottoman Empire fought back to keep it empire intact but in 1877 Russia declared war on the Empire and caused Bulgaria to become it own principality under the Ottoman Empire but with some freedoms. Eventually on September 22, 1908 Prince Ferdinand of Bulgaria declared its independence.