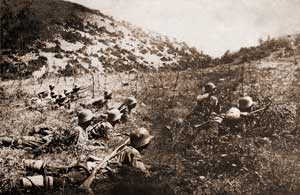 Liberation Day in Bulgaria is always celebrated on March 3rd each year and celebrates the liberation of Bulgaria from the Ottoman Empire.

People can attend wreath laying ceremonies, church services, and military marches to honor those fallen in the effort to liberate their country from the Ottomans.

The treaty for Bulgaria's independence was signed in 1878 in the Treaty of San Stefano signed between the Russians and the Ottoman Empire ending their war and allowing Bulgaria to be an independent State.