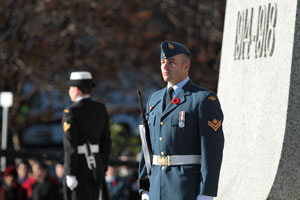 Observed on November 11th, Remembrance Day marks the end of World War I. This has taken place since the war ended in 1918.

Many have a moment of silence for those who died in World War I. Others remember a lost family member and the effects of war on an entire global scale.

As soon as the war ended the allied forces knew that there had to be a day when those who were brave enough to fight had to be honored. Around the world their was a debate on what day, but for Canada it rests on November 11th.

Provides calendars for the calendar year for Canada.

Provides the dates for holidays for the calendar year for Canada.