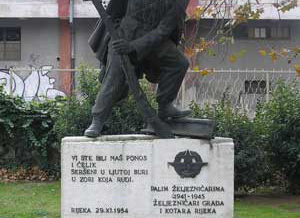 The Day of Antifascist Struggle in Croatia is always on June 22nd each year celebrating the uprising of the anti-fascist Croatians over the German and Italian military.

People on this day are reminded of the past and the sacrifices of those who rose up against the German and Italian forces that occupied their lands.

Back in June 22, 1941 near Sisak Croatia the First Sisak Partisan Detachment was formed as part of the anti-fascist Croatian movement against the German and Italian forces occupying the lands.

Date of Day of Antifascist Struggle