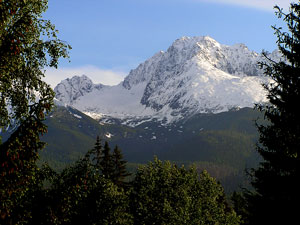 Republic Day in Slovakia always falls on January 1st each year and celebrates the splitting of Czechoslovakia in 1993 into both the Czech Republic and Slovakia.

People will take the day to show patriotism and pride in their countries newly formed independence.

As part of the overall collapse of the Soviet Union in the early 1990's and later the lands of Yugoslavia, Czechoslovakia was split into two countries in 1993 creating the Czech Republic and Slovakia.