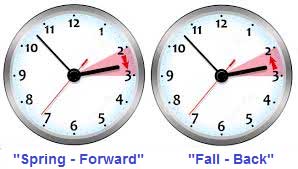 Daylight saving time is the process of advancing our clocks one hour forward in Spring and back one hour in Autumn. As the old saying goes "Spring forward" and "Fall back" helps us remember how to change our clocks. This is done to allow for more hours of daylight thus more overall productivity and some claim it saves energy by populations using less light but others disagree. As of recent there is debate on the overall benefits vs. the drawbacks of DST.

George Vernon Hudson from New Zealand first proposed the idea of DST and Germany along with Austria-Hungary first implemented it in the year 1916.