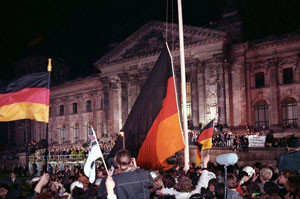 Many Germans get the day off so big public celebrations are planned in political speeches, communal meals and most of all, fireworks. There is also some who have fun going to concerts or learning about Germany's history.

After World War II Germany was split into two sections: one controlled by the United Kingdom and the other by the Soviet Union. Once both parts finally protested to become independent and joined together to form Germany.

Date of Day of German Unity

Provides calendars for the calendar year for Germany.

Provides the dates for holidays for the calendar year for Germany.