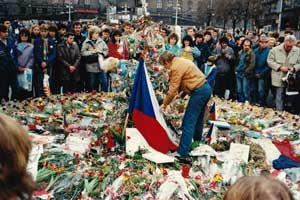 The Independent Czechoslovak state day is always celebrated on October 28th each year and celebrates their independence from the Austro Hungarian Empire in 1918.

The president on this day will put flowers on the grave of former President Masaryk who was the leader of the independence movement against the Austro Hungarian Empire. Awards are also presented to people in the Czech Republic who have contributed to society.

On October 28, 1918 in Prague's Wenceslas Square independence was proclaimed and the first president was Tomas Garrigue Masaryk who was the main leader during the independence movement against the Austro Hungarian Empire.