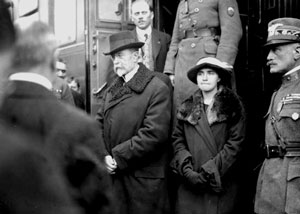 People will take the day to show patriotism and pride in their countries newly formed independence.

In 1989 the communist rule of Czechoslovakia ended with the Velvet Revolution. What followed was peaceful negotiations to separate the state into two separate countries which officially occurred on January 1st, 1993 creating Slovakia and the Czech Republic.