Feast of the Sacrafice - Egypt 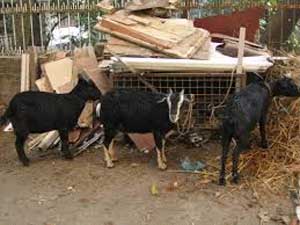 Feast of the Sacrifice is a five day festival that take place in Egypt. It commemorates the willingness of Ibrahim (also known as Abraham) to follow Allah's (God's) command to sacrifice his son Ishmael.

Many Muslims go to the mosque to pray and listen to a sermon. Then they go home to sometimes sacrifice an animal to represent the sheep that was sacrificed instead of Ibrahim's son. A meat based feast is then presented and the celebrations continue over the five days.

Ibrahim was commanded by God to sacrifice his one and only son to pray to God. So they both climbed up a mountain to sacrifice the boy and when God saw that Ibrahim remained faithful to him he spared his son and let him sacrifice a sheep instead. Thus the festival celebrates the entire story of faithfulness.

Date of Feast of the Sacrafice