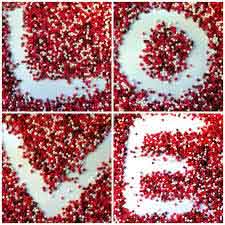 The next upcoming Valentines Day is on Tuesday February 14th, 2023.

Most people celebrate Valentine's Day by sending their loved one flowers, cards known as valentines, sweets, and other gifts such as jewelry. Romantic dinners and champagne are other ways to celebrate. Anonymous gifts might be calendar to express feelings for someone without making it known. Decorations are made of hearts, red and pink flowers such as red roses, chocolates, and Cupid. Cupid is a winged figure with a bow and arrow. According to mythology, he uses his arrow to strike people in the heart so they will fall in love.